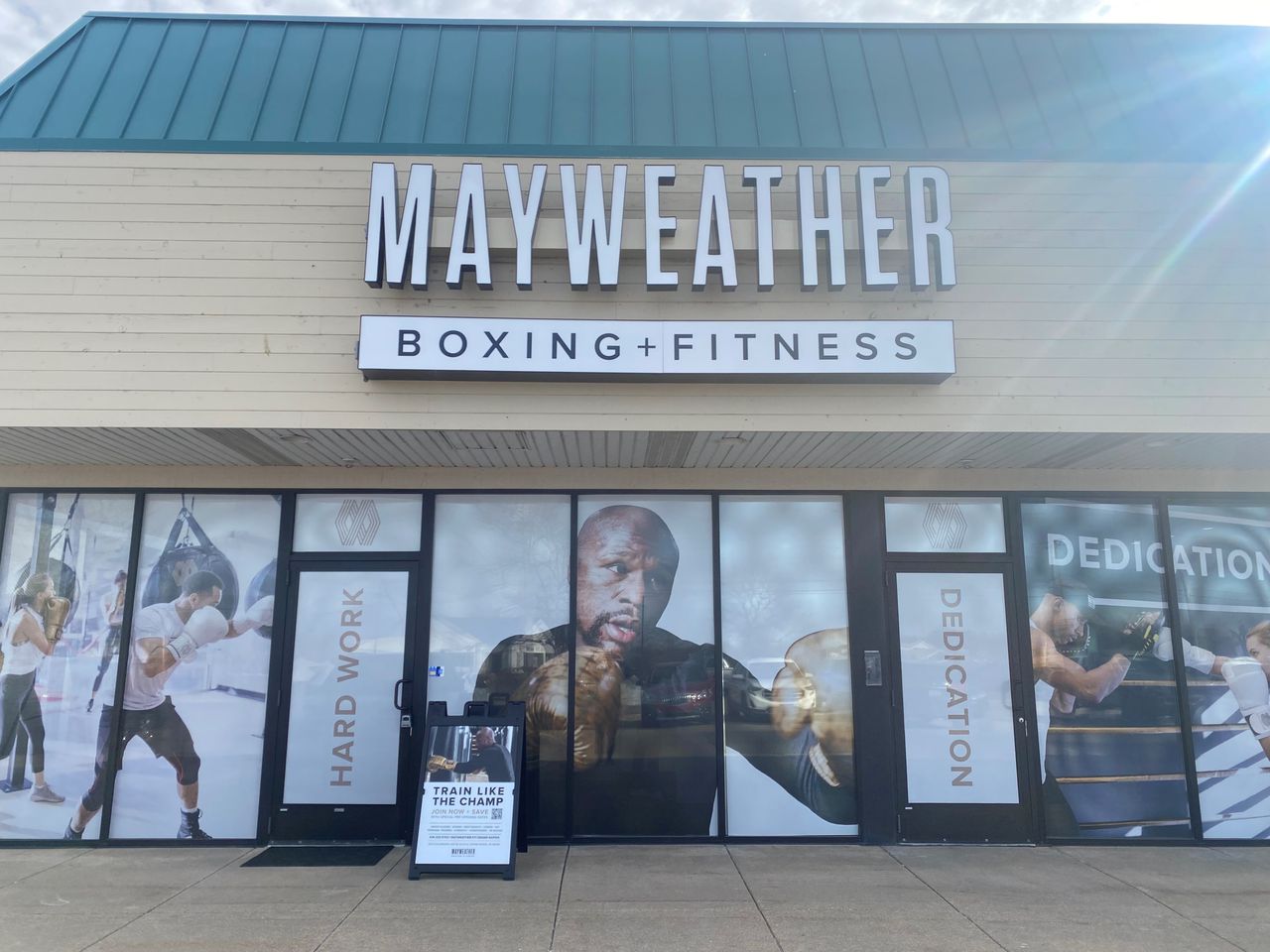 Mayweather Boxing + Fitness is opening Saturday, March 5, at 6670 Kalamazoo Ave. SE in Gaines Township. Opened by Grandville resident Zachary LeMieux and his father, Craig, the gym provides a workout that combines boxing, strength training and cardio to make customers feel like they trained alongside the boxing great.

Prior to opening the gym, LeMieux worked alongside his father to open Tropical Smoothie Café franchises in Michigan and northern Ohio. He said he was interested in opening the franchise because he values fitness, and because the gym’s classes are modeled after Mayweather’s own training regimen, making it different from other offerings in the area.

“They are very good workouts,” he said. “On average, people burn around 500 calories in the first 45 minutes.”

Mayweather, 45, grew up in Grand Rapids and attended Ottawa Hills High School. He compiled a 49-0 lifetime record before he hung up the gloves in 2015. Two years later, he returned for a non-title bout against mixed martial arts fighter Conor McGregor, held at T-Mobile Arena in Las Vegas, and earned win no. 50.

Mayweather Boxing + Fitness is based in Los Angeles, and has more than 55 locations open or in presale across the U.S. In addition to Grand Rapids, the gym business has two other Michigan locations — Dearborn and Birmingham in metro Detroit.

The gym offers 45 minute, high-intensity workout classes Monday through Friday, and hourlong classes on the weekend. In the classes, participants complete eight different workouts, each lasting 3 ½ minutes with a 45 second break in between, LeMieux said.

Workouts include punching bags, battle ropes, rowing machines, treadmills and weights. Workout classes have different focuses throughout the week. Some days are focused on strength training, while others emphasize cardio. The boxing component includes punching bags, and sparing with other boxers is not offered.

Prices are $30 for a drop-in class (though the first class is free), LeMieux said. An unlimited monthly membership is $129.

“So far we’ve been getting a very good reception,” he said. “People seem very excited that we’re coming. It’s something new, and we’re very different than other competitors. We’ve got more incorporated and just more fun, I think.”

LeMieux also says Grand Rapids is a good fit for the business, considering Mayweather’s ties to the area.

“We’ve definitely ran into some crazy stories,” he said, noting how a worker who delivered a shipment of boxing gloves to the gym grew up in Grand Rapids and once received a free pair of shoes from Mayweather. “Just some really cool stories that we’ve heard.”

Note to readers: if you purchase something through one of our affiliate links we may earn a commission.