Trekking close to the sun — 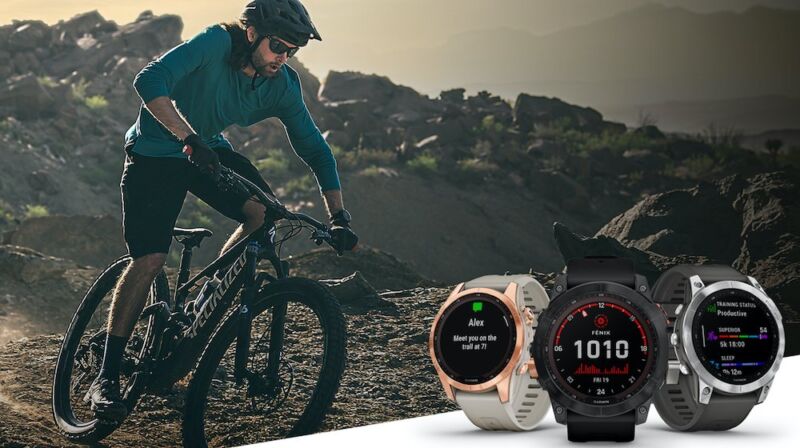 Garmin has released two new high-end smartwatches, the Fenix 7 and Epix, less than two weeks after launching the Venus 2 Plus and Vivomove Sport at CES. The Fenix 7 is the latest iteration of the company's robust, multi-sport flagship, while the Epix picks up the torch of a similarly high-end watch that hasn't seen an update since its release in 2015. Both are aimed at the outdoor adventurer who treks far and wide.

That's why all three sizes (42 mm, 47 mm, and 51 mm) of the Fenix 7 can be equipped with solar charging. The smallest and mid-sized variants (Fenix 7s and Fenix 7) make this feature a $100 premium add-on, while the largest (Fenix 7X) has the feature standard. That tacks on an extra nine days of battery (on top of 19 days without solar charging) in smartwatch mode, according to Garmin's estimates.

The Fenix series has always been a more utilitarian, yet highly specced device. Garmin has only now added traditional smartwatch comforts, like a touchscreen, to accompany the Fenix line's button-based navigation. Tracking features like marathon performance prediction, trail ascent and descent evaluation, and downloadable maps for trails and courses have long set the Fenix apart from traditional smartwatches, though.

Among the new features added are a real-time stamina tool to track exertion, a race performance predictor, and daily run or ride workout suggestions and recovery assessments based on your recent metrics. These accompany some of our favorite Forerunner series metrics like Training Status, Training Effect, and Body Battery. And, of course, it receives smartphone notifications. 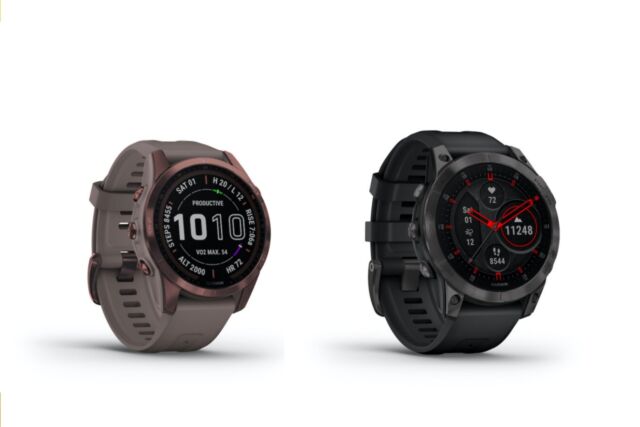 In terms of hardware, the Fenix 7 has a heart rate monitor, pulse oximeter, thermometer, altimeter, and GPS, now with the L5 frequency range. According to the government, this range is reserved exclusively for aviation services and is designed to meet the demanding requirements of safety-of-life transportation. This can be particularly helpful for Garmin's own built-in safety features, like Live Track and Live Event Sharing. The Fenix 7X also has an LED flashlight that can shine the way or blink red and white to the cadence of your run.

Garmin's Epix watch is essentially the Fenix 7, minus solar charging, but with an AMOLED screen (with always-on capability) swapped in place of the Fenix's sunlight-visible transflective display. The more power-hungry display means slightly lower battery life, 16 days in smartwatch mode and six days with the always-on display enabled. The Epix, however, does have a few more sport tracking modes than the Fenix 7, such as kiteboarding, snowshoeing, and pickleball. It also offers directional animations on screen for strength, yoga, and Pilates workouts. Ultimately, it's Garmin's ultimate multi-sport watch, not the wilderness-wacking warrior that the solar and LED-equipped Fenix 7 is, although it's not far behind.

Ars Technica may earn compensation for sales from links on this post through affiliate programs.