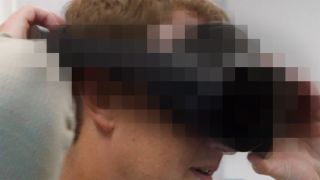 Update 1:30pm 5/12 : Meta released a second trailer showing off more gameplay, including the next entry in the I Expect You To Die series.

Update 11:30am 5/12: It has come to our attention that some of the footage used in Zuckerberg's today video is, in fact, recycled footage from Meta's Connect show last October. That includes what was thought to be a potential December release date for the headset. Corrections have been made to the article below.

Project Cambria news is heating up, and this latest teaser from Meta CEO Mark Zuckerberg has finally revealed what the headset's full-color passthrough mixed reality mode will look like. In the video, Zuckerberg is seen interacting with a virtual pet that appears to live in the real world, doing work at a desk, browsing social media, and even taking part in a workout with a real trainer that is virtually projected into the room.

Currently, Oculus Quest 2 users can also experience similar mixed reality games and apps but are limited to black and white real-world imagery. In fact, Zuckerberg said the same virtual pet game from the beginning of the video will be available soon for Quest 2 users on App Lab. Zuckerberg said Project Cambria — also potentially known as the Meta Quest Pro — will be coming later this year but did not specify a date. The 12/18 date written on a piece of paper was footage from Meta's Connect conference last October, so that's not likely to be the answer.

One image above shows Zuckerberg writing on a physical piece of paper while using the Project Cambria headset and shows how doing work while wearing the headset could look. Additionally, Zuckerberg is seen browsing what looks to be a mixed reality experience marketplace of some kind, interacting with what appears to be Horizon Worlds, and using the mixed reality capture to work out with an actual trainer.

Cambria is expected to have a much higher resolution display than the Meta Quest 2, and should also be lighter and smaller than that headset, as well. A previous leak suggested that the $799 price would be justified by the fact that this is a "Chromebook for the face" and can be used not just for games but also for recreation, work, and other productivity experiences.

Meta debuted a second Project Cambria video today, this time with a lot more gameplay footage. In the trailer for Meta's Presence Platform — the same one that enables hand tracking on the Quest 2 — both the Quest 2 and Project Cambria are shown off to help illustrate the difference users can expect between the two platforms.

In addition to working in virtual space with a coworker, the woman in the video also shows off several Project Cambria games, including I Expect You To Die: Home Sweet Home. While it's not known if this is the next entry in the spy series entirely or just a short mixed reality demo for Cambria, it's clear that it can be played entirely with your hands and doesn't require a controller.

Additionally, a fishing game is shown off where folks can fish from their living room couch and even dive into the water, as well as a chess game that allows both multiplayer gameplay and save states so you can pick up where you left off. Check out that trailer below.

Get the best of VR at an affordable price with the Meta Quest 2, the standalone VR headset that does it all.