Meet the Giraffe Weevil. It’s Got a Secret Up Its Long Snout.

The insect, found in New Zealand, has an evolutionary trick that supports its bizarre and elongated head. 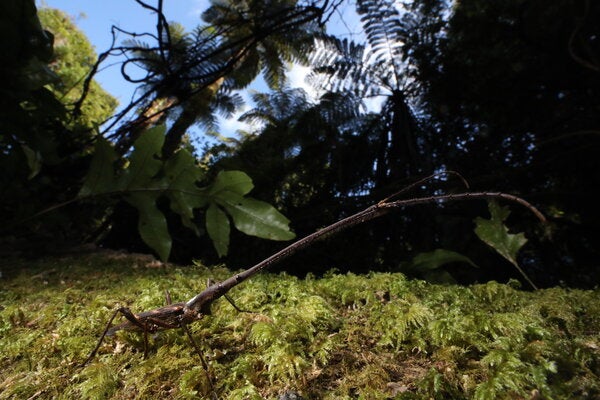 Sign up for Science Times   Get stories that capture the wonders of nature, the cosmos and the human body.

The greatest jousting competitions in the world can be found on certain rotting trees in the New Zealand bush, where hordes of males compete for the opportunity to mate. The knights are not humans but New Zealand giraffe weevils, a species of beetle with a snout like a lance. The biggest males snout-wallop each other until the other either retreats or is knocked unceremoniously from the bark.

Competition is especially fierce because male giraffe weevils come in a stunning range of sizes: The largest male weevil is 30 times larger than the smallest. In human terms, this would be like having a friend who was the combined size of two adult giraffes.