Google Fit could be getting a new logo, suggesting it's here to stay 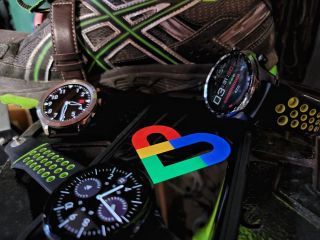 Google may be manifesting renewed interest in its in-house health-tracking platform as new evidence suggests Google Fit will be getting a new logo.

According to 9to5Google (opens in new tab) , the activity tracking app is set to receive a minor makeover that switches some colors around. The new logo has apparently been around for a while in Fit's Wear OS complications, and 9to5 has shared its own recreation based on what they were told.

The new logo has several notable changes. First off, the heart logo is no longer a closed shape. The blue and yellow sections also take the shape of a checkmark, most likely emphasizing the Heart Points and Steps metrics that you see first when you open the app.

Furthermore, unlike in the current logo, the other end of the U-shaped red segment no longer touches the blue (or green) segment. The green line at the bottom of the heart shape is also no longer perpendicular to the yellow line.

This means that some colors have moved around. The green and blue colors, in particular, have swapped places. You can see the new logo below.

It remains unclear when and if Google plans to roll out the new logo on some of the best Android smartwatches. While it's not live yet on Fit, a new version of its logo can already be seen through the app's icons for stats and workout in Wear OS.

The new discovery suggests that despite Google's growing desire to make Fitbit the centerpiece of its health and wellness efforts, it continues to care about Fit.

It's not surprising, given that Fitbit founder and CEO James Park recently confirmed to CNET (opens in new tab) that both Fit and Fitbit will continue to co-exist. Fit's new logo serves as further proof that the service is not going away.

Jay Bonggolto always keeps a nose for news. He has been writing about consumer tech and apps for as long as he can remember, and he has used a variety of Android phones since falling in love with Jelly Bean. Send him a direct message via Twitter or LinkedIn.