Workouts and food: How not to be hungry after the gym 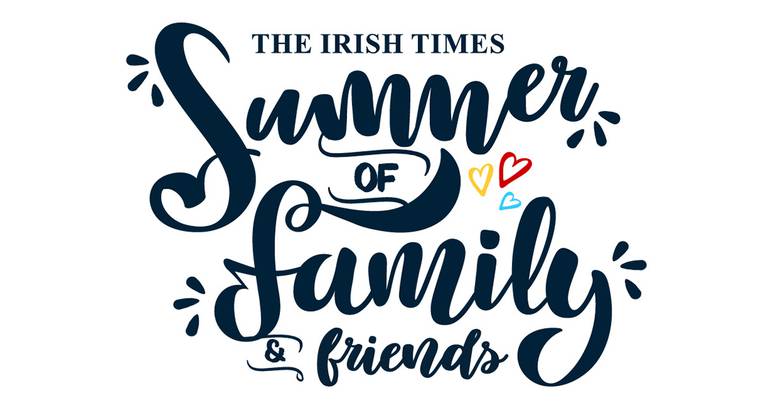 This summer parents are looking for tips, advice and information on how to help their children thrive during the holiday months. You can read all about it at irishtimes.com/health/your-family

Why are we so peckish after some workouts but uninterested in eating after others?

In a new study published in June in Nature, an international team of scientists suggest the answer lies in part in the actions of a single molecule produced after exercise that blunts hunger. The molecule – found in the bloodstreams of mice, humans and racehorses – turned up in much greater profusion after strenuous workouts than easy ones, suggesting that exercising hard could be a key to controlling how much we eat afterward.

The relationship between fitness and eating is famously prickly. Studies have shown that people who start working out without also managing their caloric intake typically drop few if any pounds over time, and may gain weight. Plenty of factors play into that outcome, including someone’s current fitness, body mass, diet, gender, genetics, metabolic rate and even the timing of exercise. Some experiments – although not all – suggest morning sessions may burn more fat than the same exertions later in the day.

Appetite matters, too. If you feel ravenous in the hours after a workout, you easily can wind up consuming more calories than you burned. But what causes us to feel hungry – or not – after we exercise has been a bit of a mystery. For decades, scientists have known various substances, like the hormones leptin and ghrelin, travel to the brain and prompt us to be more or less interested in eating.

Studies show exercise alters the levels of these substances, but so do diet and sleeping habits. Some researchers began to wonder whether there might be some kind of exercise-specific reaction that influences appetite.

So scientists from Stanford University School of Medicine, Baylor College of Medicine, the University of Copenhagen and other institutions used newly developed techniques to hunt for molecules that appeared in greater numbers in the bloodstream after exercise. They began with mice, setting them on tiny treadmills to run at increasing speeds until they were exhausted. They drew blood before and after and then compared the levels of thousands of molecules in the rodents’ blood.

One stood out, increasing more than any other molecule. It had been noted before in a few studies of metabolism and exercise, but its chemistry and biological role remained unknown. The scientists found that this new molecule – a mix of lactate and the amino acid phenylalanine – was created apparently in response to the high levels of lactate released during exercise. The scientists named it lac-phe.

The researchers speculated that lac-phe might have something to do with energy balance after exercise, since the cells in the blood and elsewhere that create it are broadly involved in energy intake and body mass. Maybe, they thought, it affects appetite. To find out, they gave a form of lac-phe to obese mice, which typically eat with gusto. But their kibble intake dropped more than 30 per cent. They were apparently less hungry with the extra lac-phe.

The researchers then turned back to exercise. They bred mice that produced little if any lac-phe and had them run all-out on treadmills five times a week for several weeks. After each run, the animals were allowed as much high-fat kibble as they wanted. Normally, running helps mice stave off weight gain, even on a high-calorie diet. But the animals unable to produce much lac-phe ballooned, eating more kibble and gaining about 25 per cent more weight than the control group.

Lac-phe, it seems, had been a key to how strenuous exercise helped the mice avoid weight gain. Without it, that same exercise resulted in overeating.

Finally, the researchers checked for lac-phe in other exercising creatures. They first found it in the bloodstreams of racehorses at much higher levels after a hard run than before. Then they asked eight healthy young men to exercise three times: once by cycling at a leisurely pace for 90 minutes, another time lifting weights and a third with several 30-second sprints on a stationary bike. Blood levels of lac-phe peaked after each type of exercise, but they were highest after the sprints, followed by weight training. The prolonged, gentle exercise produced the least.

In other words, the more intense the exercise, the more lac-phe was produced and, at least in mice, the more appetite seemed to fall.

“The results are fascinating and add a new dimension to our thinking about exercise and body weight regulation,” said Richard Palmiter, a professor of biochemistry at the University of Washington in Seattle and an expert in the neurobiology of behaviour who was not part of the new study.

“We always knew that our current menu of molecules that appear to regulate appetite and food intake, such as leptin, ghrelin, etc, was incomplete and this new metabolite/signalling molecule is a potentially important addition to that list,” said Barry Braun, executive director of the Human Performance Clinical Research Lab at Colorado State University in Fort Collins, who studies exercise and weight control. He was not involved in the new study.

Assuming this process does work the same way in people as in mice, the discovery of lac-phe provides a useful lesson. If we want to avoid bingeing after a workout, we may need to increase the intensity, said Jonathan Z Long, a professor of pathology at Stanford University school of medicine and senior author of the new study.

This idea makes intuitive and evolutionary sense, he added. “If you’re sprinting from a rhino or some other threat, the autonomic nervous system yells at the brain to shut down digestion and any other unneeded processes.”

His study does not tell us, though, how lac-phe might be interacting with our brain cells to affect appetite or how strenuous exercise needs to be to goose lac-phe formation or how long the molecule’s effects might linger. Also, the human exercisers were healthy young men, meaning we do not know if lac-phe exists or operates in the same ways in everyone else.

Still, if you want to be less hungry after you exercise, you may want to pick up the pace. Throw in some hills during your next walk or sprint to the far street corner. “What the data says is that intensity matters” for exercise and appetite control, Long said. - This article originally appeared in the New York Times