Your pictures on the theme of 'misty mornings'

We asked our readers to send in their best pictures on the theme of "misty mornings". Here is a selection of the photographs we received from around the world. 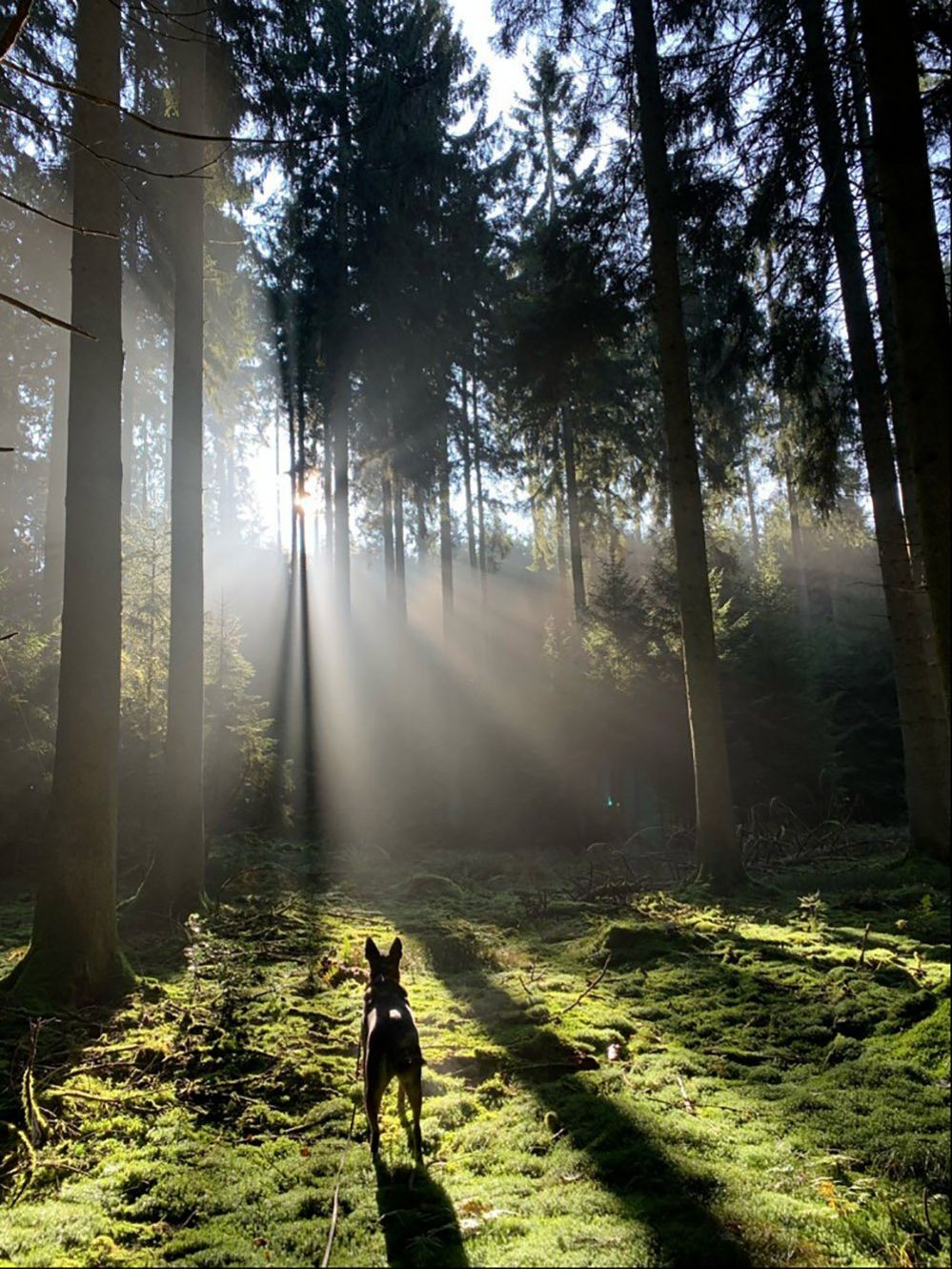 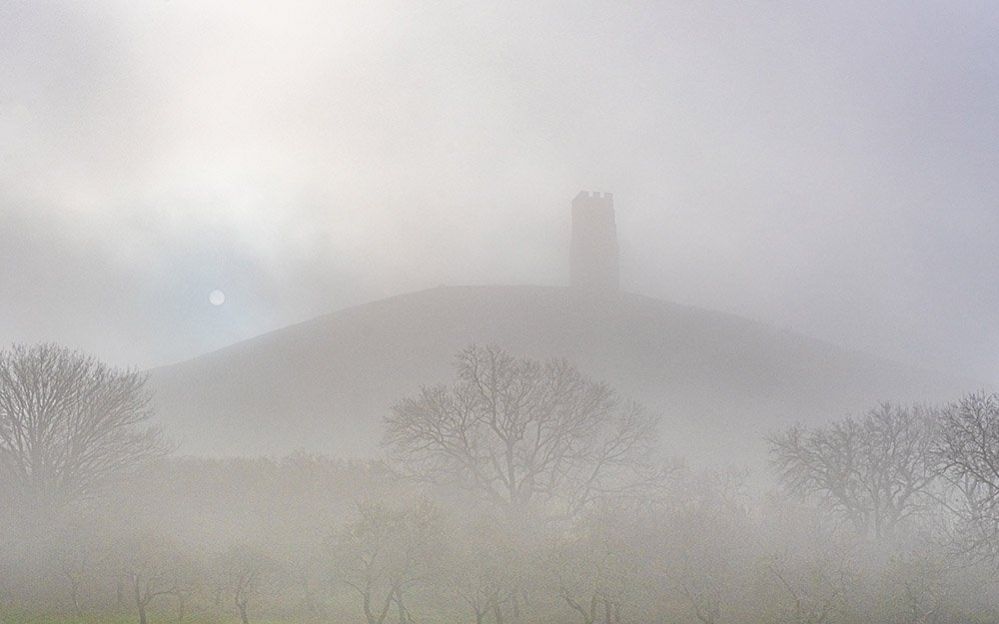 Michelle Cowbourne: "Misty morning in Glastonbury. The hill and tower were completely shrouded in mist and I couldn't see the tower at all. Then it suddenly seemed to lift momentarily, so that the tower and sun just became visible, as well as some ghostly-looking trees." 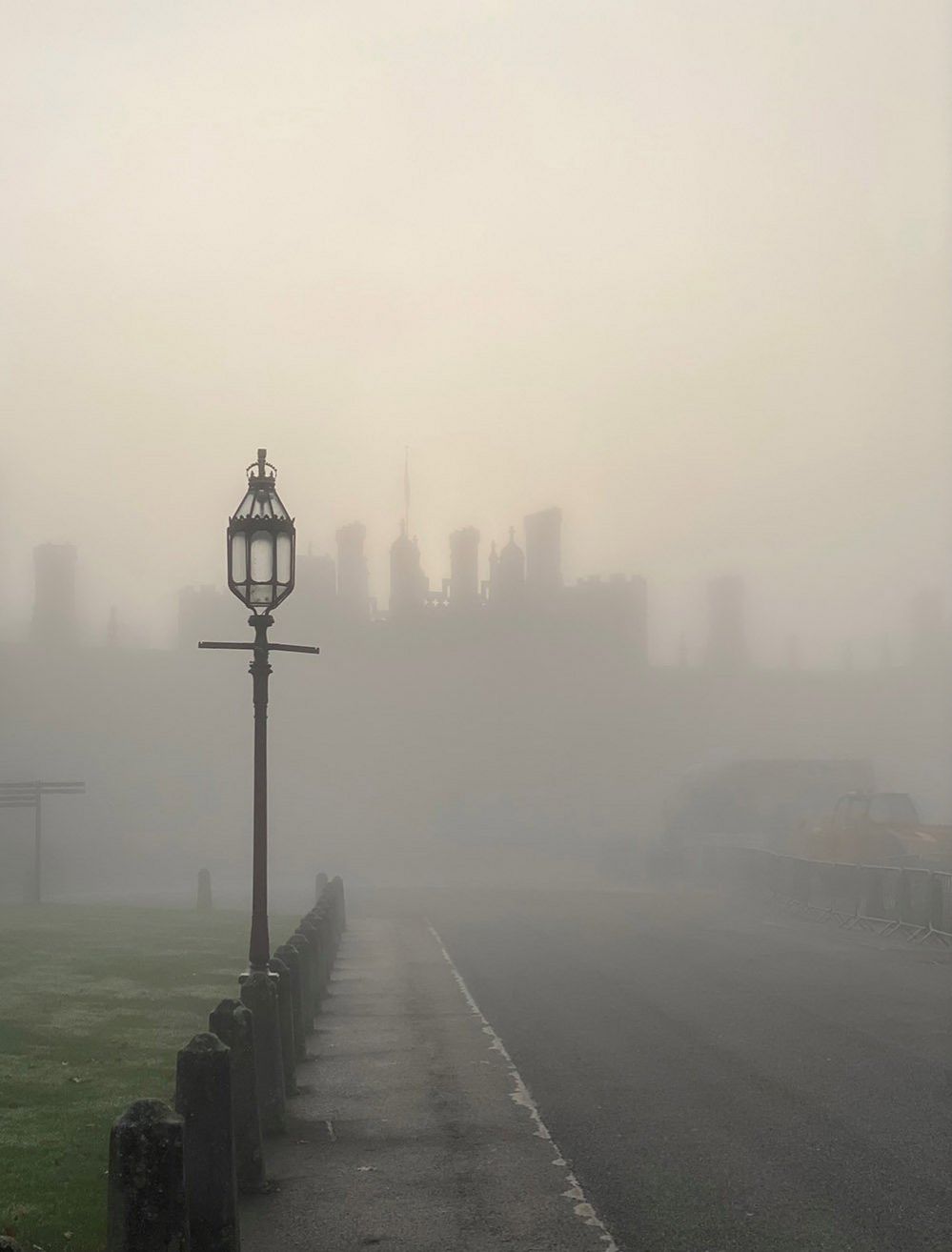 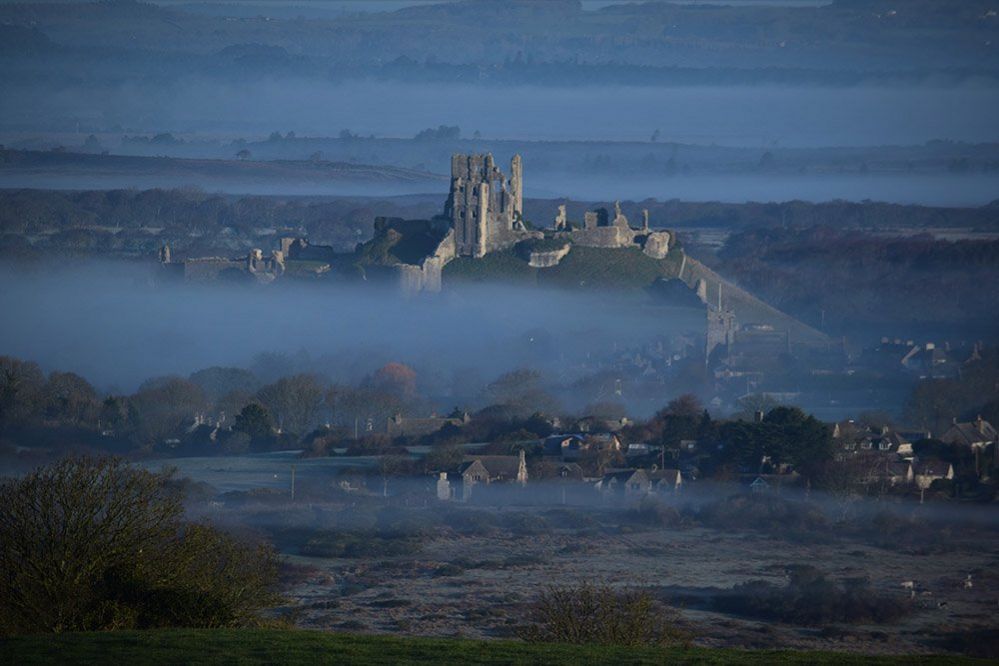 Michael Furlong: "Early morning at Corfe Castle, Isle of Purbeck, Dorset. This picture was taken across Corfe Common from Kingston. I like the way the castle appears so large above all the other buildings." 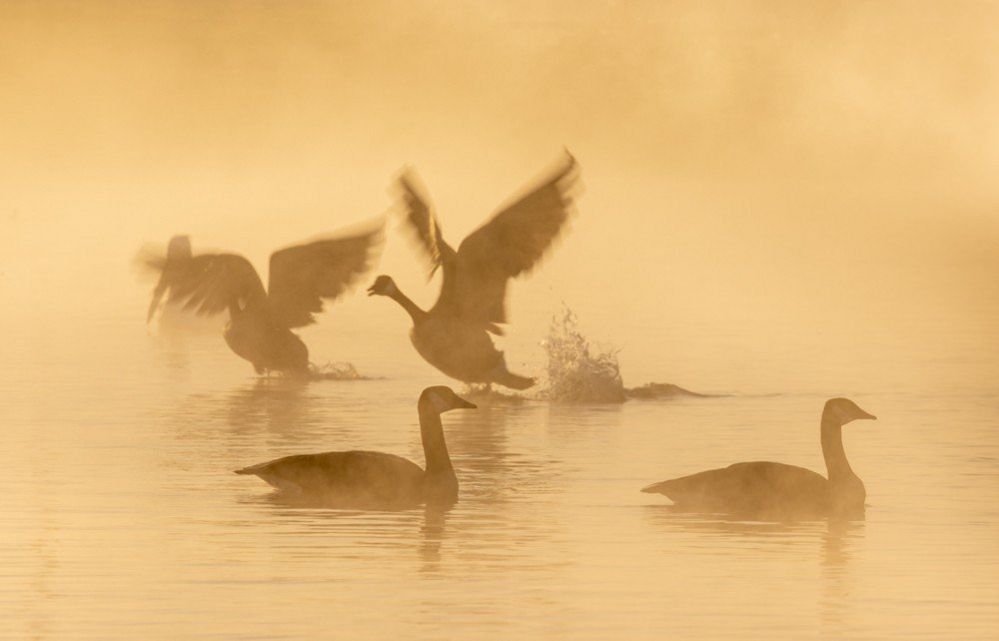 Amanda Thompson, Los Angeles: "The soft whoosh of wings swirls the steam fog that hovers over the water, and ever so gradually, the elegant silhouettes of birds in various states of awakening appear through the honeyed glow of sunrise. An exquisite gift of serenity that most are oblivious to." 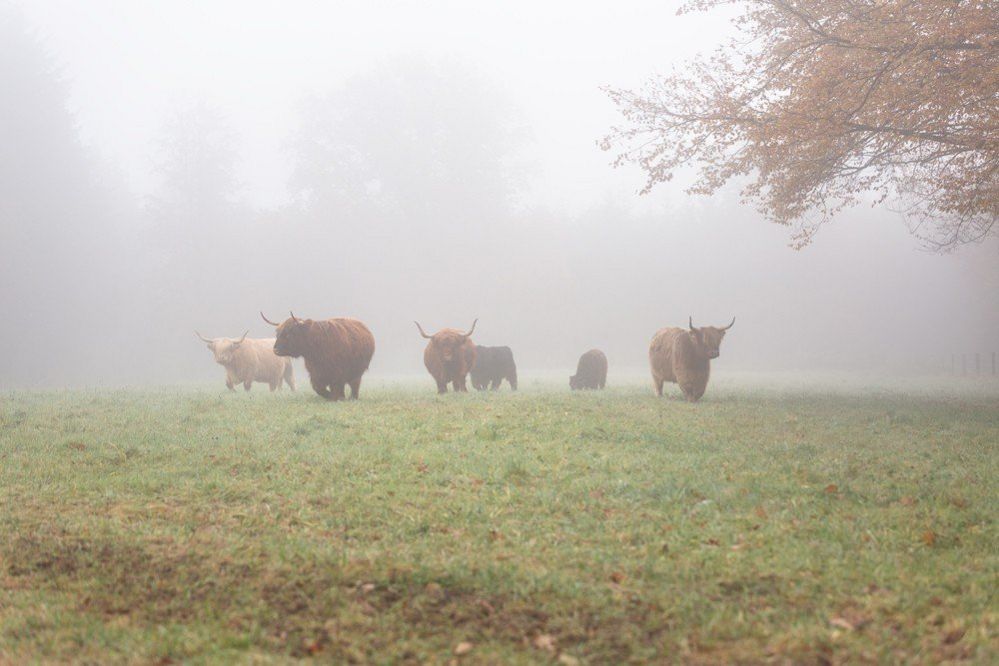 Claudia Musal: "On this particular morning in October I was booked for a sunrise shoot intended to show Highland cows in all the colours of autumn - and then there was nothing but fog!" 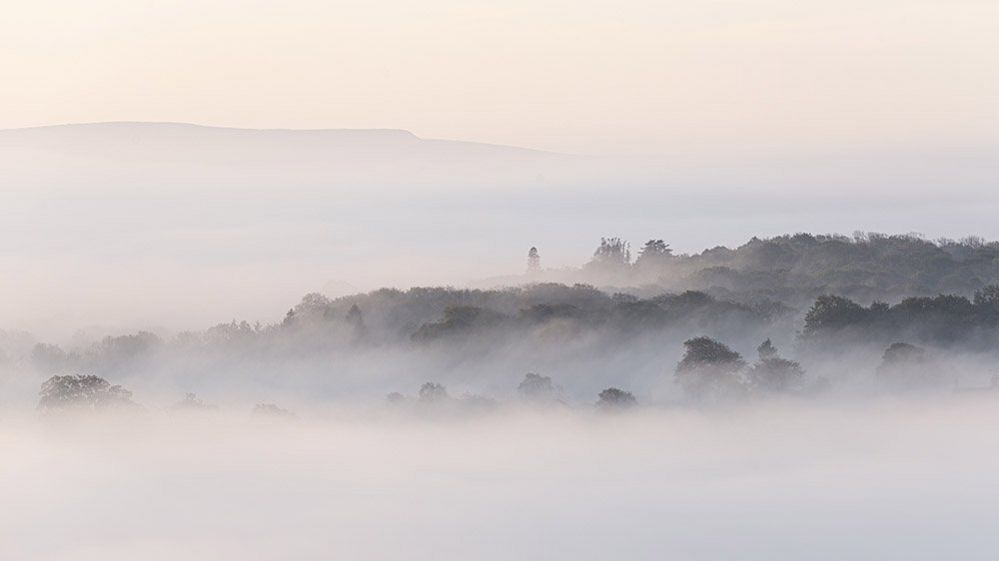 James Park: "On an early morning dog walk in Eaves Wood, Silverdale, Lancashire, I could see there was a cloud inversion in the valley below, so I rushed home to grab my camera in order to take this rare image." 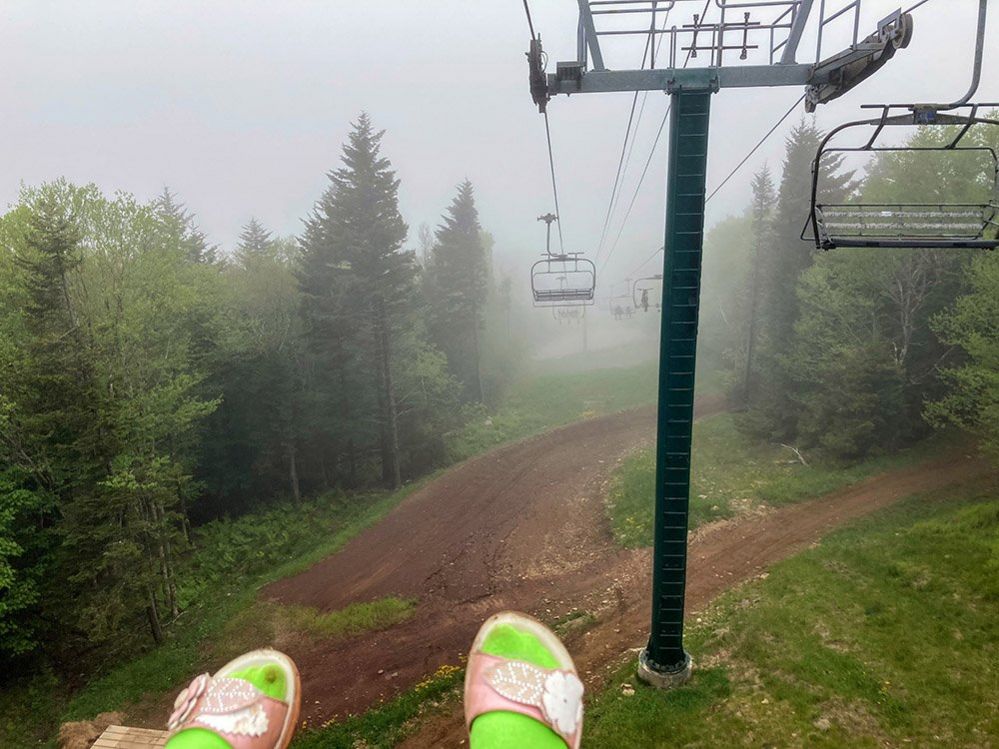 Sathya Velmurugan, at Snowshoe Mountains ski resort, West Virginia: "A mystical view of the mountains from a bike lift on a misty morning. My daughter's feet add the human touch." 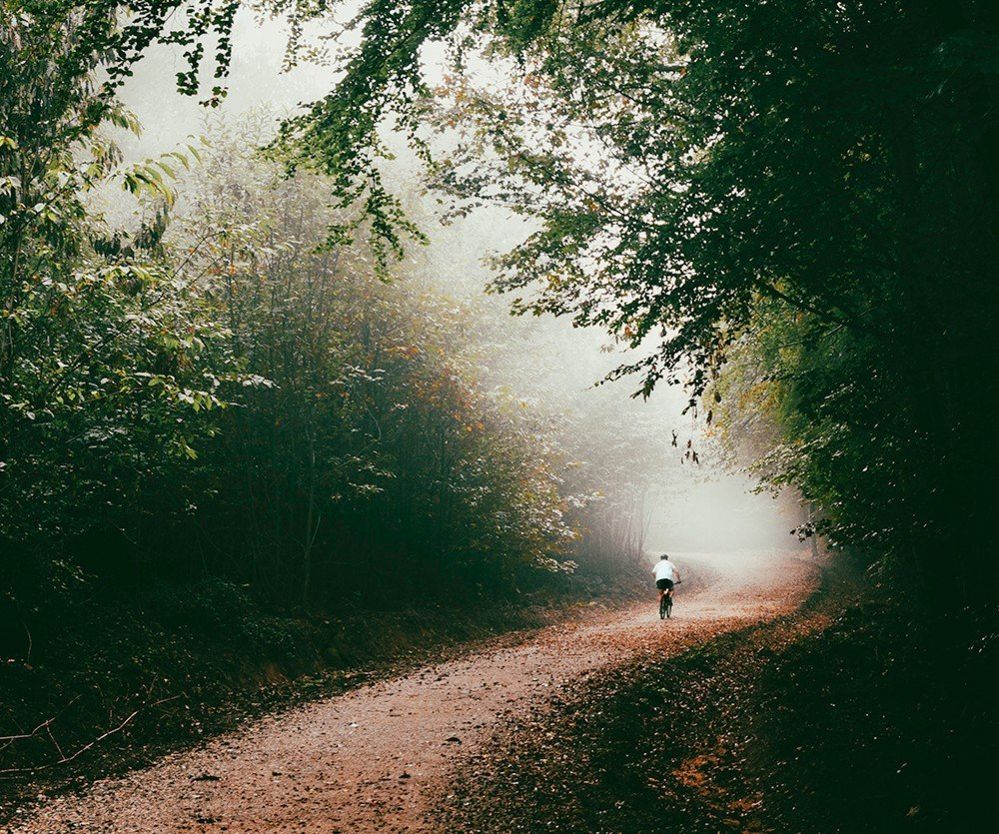 Neil Lennon: "Seeing a morning mist hovering over woodland in Bexley, I headed out to try and capture some of it as it slowly lifted, and managed to capture this lone cyclist climbing the hill into the mist." 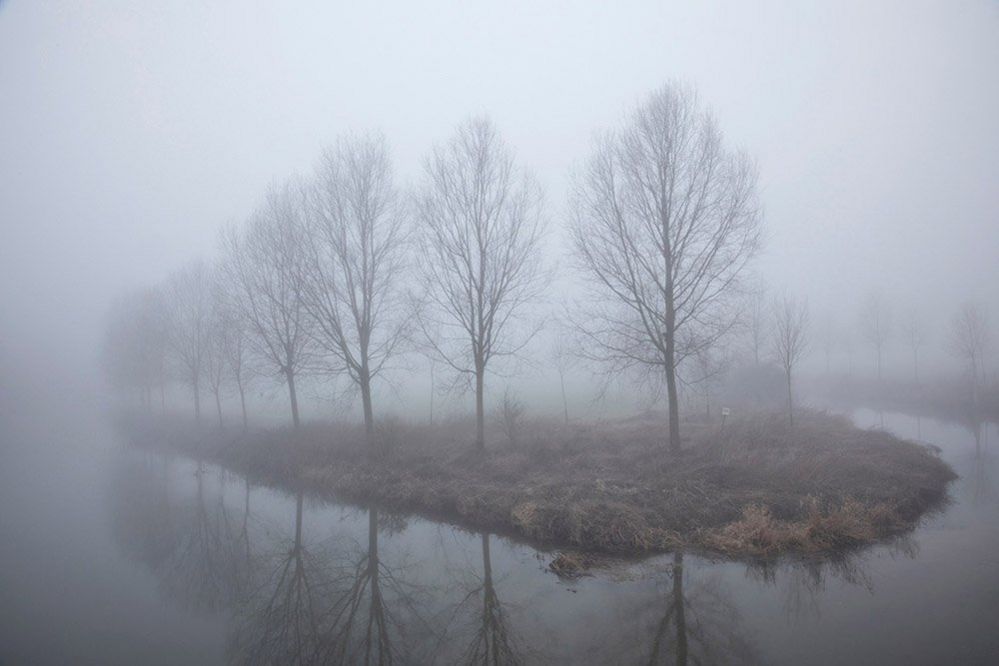 Eva Worobiec: "Fog is a rarity in southern Dorset where I live, so I was keen to be out with my camera. The mist here wonderfully obliterates background intrusions and emphasises the simple shapes of the trees." 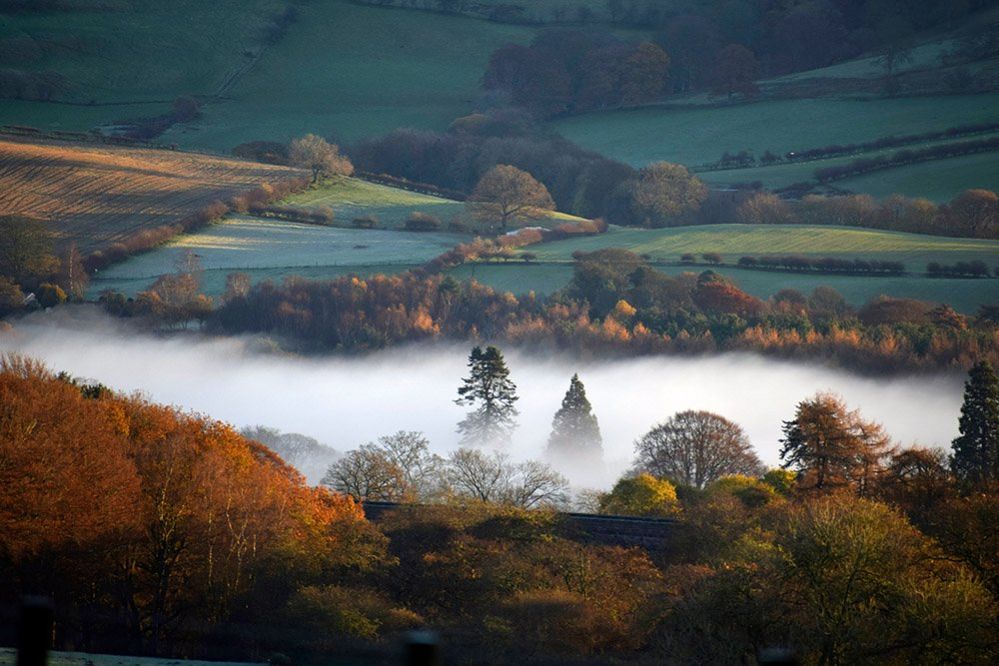 Sheila Gower: "Mist in the morning near Armathwaite, Cumbria." 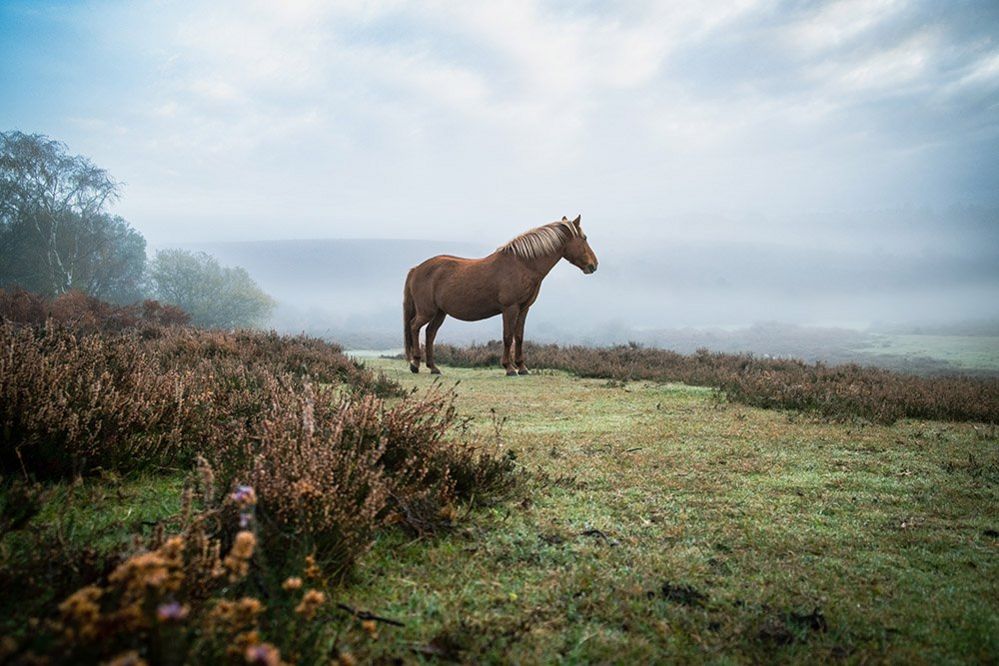 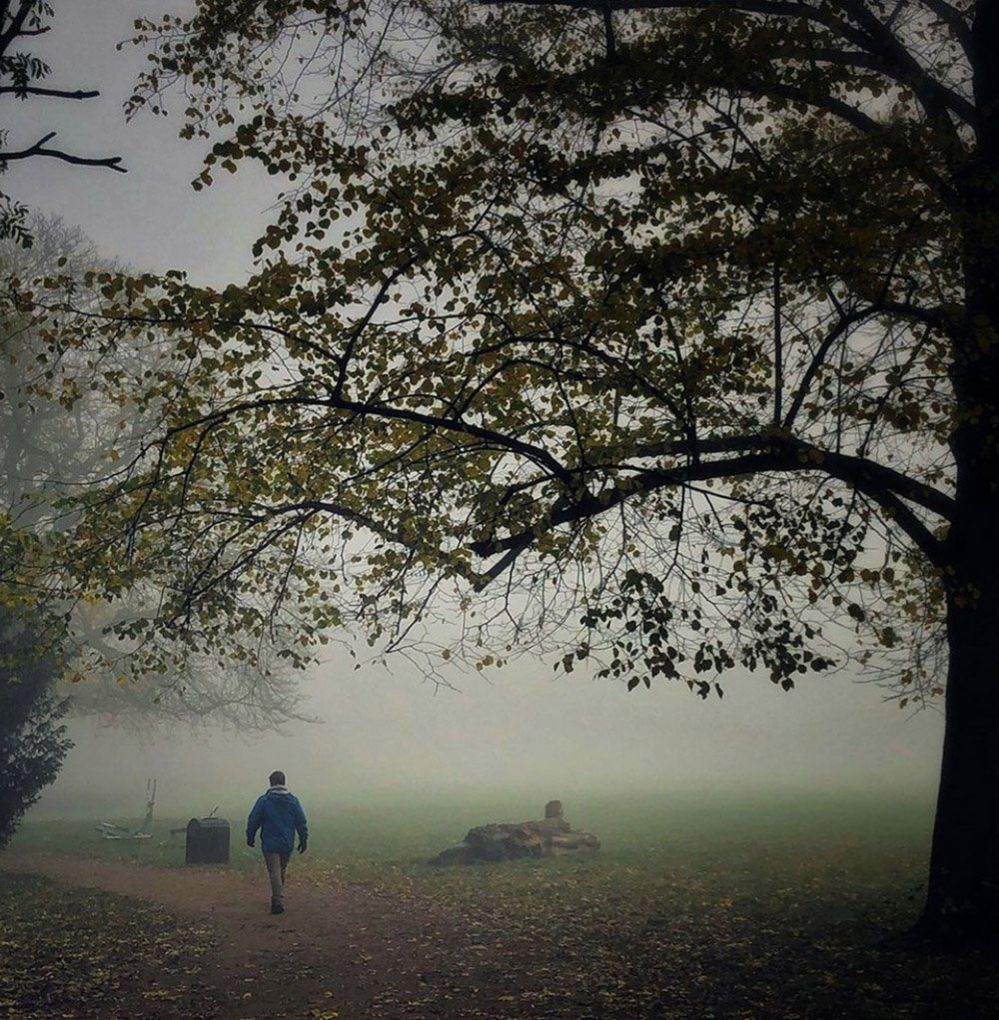 Vahe Saboonchian: "This photo was taken at Pitshanger Park in west London on one of the first cold mornings of the year." 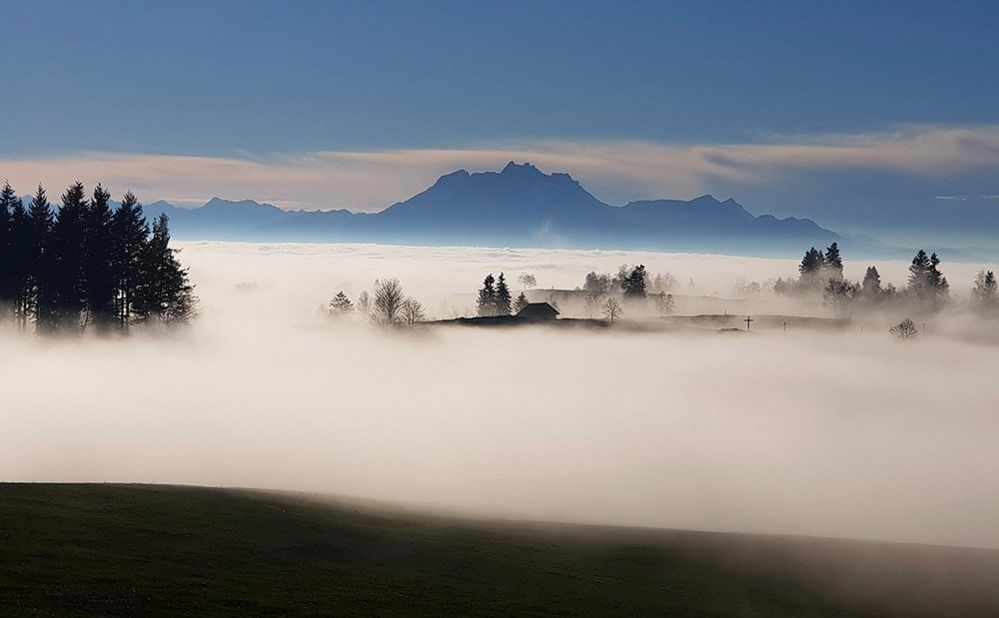 Helene Hornecker, in Switzerland: "The mist is clearing to reveal the majestic Mount Pilatus." 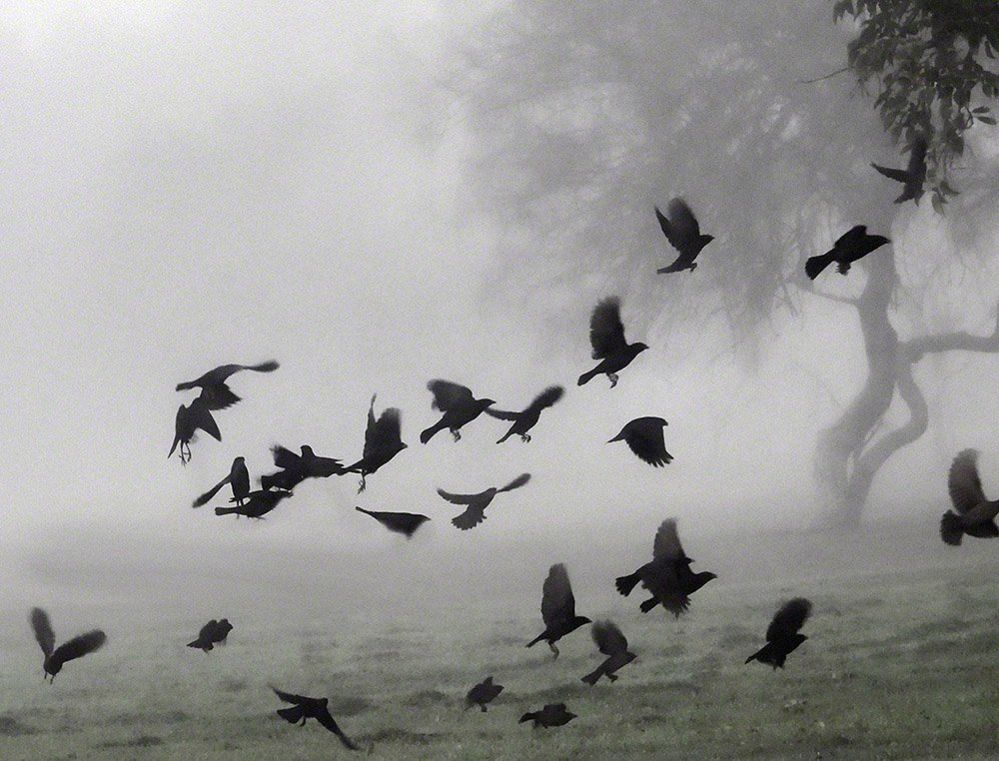 Harvey Croze: "An explosion of shiny cowbirds lifts off after an early morning bout of feeding on the Argentine pampas." 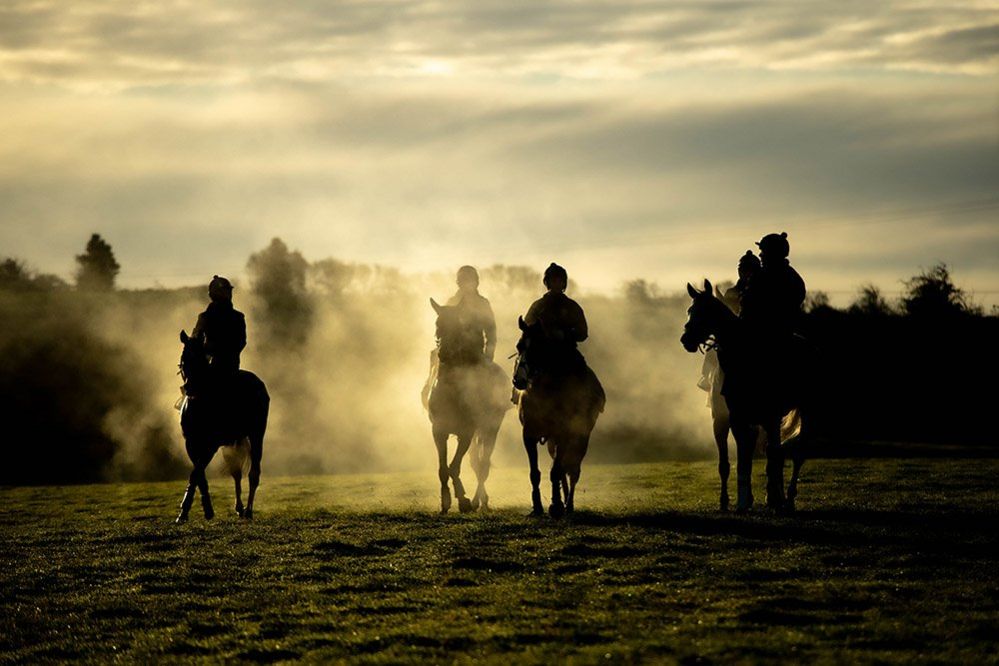 Jon Stubbs: "Race horses heading back after a morning workout."

The next theme is "sparkles", and the deadline for entries is 21 December 2021.

The pictures will be published later that week and you will be able to find them, along with other galleries, on the In Pictures section of the website.

You can upload your entries on this page or email them to yourpics@bbc.co.uk.

All photographs subject to copyright.

More on this story